This app is based upon a tradition in The Summit Lighthouse that was begun by Gautama Buddha on Jan 1, 1986 when he announced that the seven chohans of the rays had been granted approval by the Lords of Karma to open “Universities of the Spirit in each of their etheric retreats where they might welcome not dozens or hundreds but thousands and tens of thousands of students who will diligently pursue the path of self-mastery on the seven rays systematically, mastering most especially the first and the seventh rays…” (vol. 29 no. 21). It is this precious invitation from the seven chohans to attend their retreats that this app is based upon. 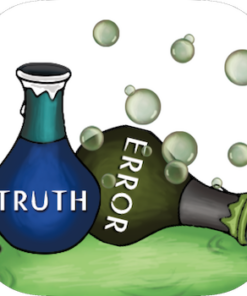 Take a peek at the devil’s notebook. Discover his secrets, and learn light’s brilliant counter-strategies. Summon the courage to enter the battle going on all around you—and even within you—and find out how you can have your personal victory over darkness once and for all!